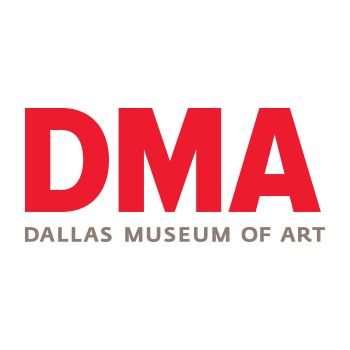 Home
About
Get There
Tickets

By Dallas Museum of Art (other events)

This major exhibition exploring 50 years of Mexican modern art will make its first and only stop in the US at the Dallas Museum of Art following its successful presentation at the Grand Palais, Paris. Organized in collaboration with the Secretaría de Cultura de México, México 1900–1950: Diego Rivera, Frida Kahlo, José Clemente Orozco, and the Avant-Garde highlights new narratives in Mexico’s modern art history. This sweeping survey, the result of a combined cultural endeavor between Mexico and France, features almost 200 works of painting, sculpture, photography, drawings, and films that document the country’s artistic Renaissance during the first half of the 20th century. The traveling exhibition showcases the work of titans of Mexican Modernism alongside that of lesser-known pioneers, including a number of rarely seen works by female artists, to reveal the history and development of modern Mexico and its cultural identity. México 1900–1950 showcases how Mexican 20th-century art is both directly linked to the international avant-garde and distinguished by an incredible singularity. The exhibition features work by Diego Rivera, Frida Kahlo, José Clemente Orozco, Ángel Zárraga, Tina Modotti, and David Alfaro Siqueiros, among others.

Experience the bold vision of one of today's most original fashion designers with 45 exquisite outfits from 15 collections in Iris van Herpen: Transforming Fashion. Van Herpen (Dutch, born 1984) works at the nexus of fashion, design, technology, and science. With a dynamic and path-breaking body of work, she is widely heralded as a pioneering new voice in fashion. She is known for her willingness to experiment—exploring new fabrics created manipulating iron filings in resin, incorporating unexpected materials ranging from umbrella tines to magnets, and pushing the boundaries of technologies such as 3-D printing. Her work has been worn by style icons such as Lady Gaga, Beyoncé and Björk and has graced the runways of Amsterdam, London and Paris. This exhibition documents the evolution of Iris van Herpen’s couture through a selection of her collections from 2008 through 2015 and illustrates the many ways she continues to seek inspiration beyond the world of traditional handwork and craftsmanship.

Visions of America: Three Centuries of Prints from the National Gallery of Art

Visions of America: Three Centuries of Prints from the National Gallery of Art surveys how America and its people have been represented in prints made by American and non-American artists between 1710 and 2010. As the final venue on a four-city international tour and the only other US venue, the DMA will present more than 150 outstanding prints from the colonial era to the present, drawn exclusively from the National Gallery of Art’s collection. Visions of America, which the Washington Post described as “historically riveting,” features more than 100 artists such as Paul Revere, James McNeill Whistler, Mary Cassatt, Winslow Homer, George Bellows, John Marin, Jackson Pollock, Louise Nevelson, Romare Bearden, Andy Warhol, Robert Rauschenberg, Chuck Close, Jenny Holzer, and Kara Walker.

other events by this organization